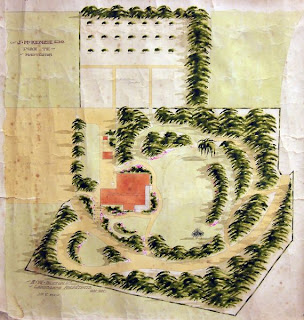 The Wairarapa Archive has recently taken delivery of another plan from New Zealand's top landscape designer of the first half of the twentieth century, Alfred William Buxton. The plan was drawn for John McKenzie of 'Puke Te' station, just to the east of Masterton, and does not appear to have even been planted according to the plans.
The Wairarapa Archive also holds plans Buxton drew up for Masterton park in 1916, and both are available for viewing on the Archive's Picture Wairarapa database.
Posted by Unknown at 7:35 PM