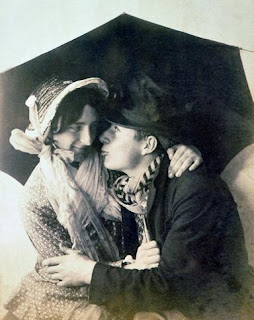 In the 1880s local chemist London-born Robert Gant was a prominent member of the theatrical community in Masterton, his high tenor voice being in demand for concerts and other musical entertainments.  He often performed in female roles, and frequently appeared under his stage name of Cecil Riverton.

He was also a keen photographer and some of his albums have survived in archives and in family collections.  And what remarkable volumes they are, filled with images of local young men, many of them in theatrical dress, some of them even in drag.

Associate Professor Chris Brickell, of the University of Otago and himself with Wairarapa antecedents,  has drawn of Robert Gant's work previously, with images from the albums featuring in his award-winning work Mates and Lovers,and has now turned his attention to more closely examine what happened when an artistic 'new chum' and his camera met the rugby- and cricket-playing locals.

The new volume, Manly Affections, the photographs of Robert Gant, 1885-1915, will be available later this month.  Here is a sneak preview.   http://www.manlyaffections.co.nz/