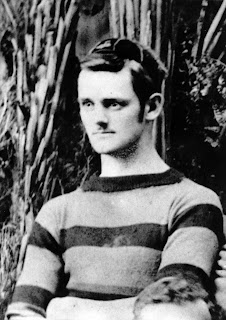 Over the next few days we are going to post our all-time Wairarapa All Blacks team, composed of those who have achieved national honours and have also represented Wairarapa, Bush or Wairarapa-Bush unions.
We kick off with out pick for full back, Archibald D'Arcy.

Archibald D’Arcy was a sporting polymath – as well as being the All Black fullback in 1893 and 1894, he was also a New Zealand champion sprinter and heavily involved in other sports in Masterton – he was a representative cricketer and played tennis as well.  After his retirement he was an able administrator and referee.
Posted by Unknown at 7:31 PM